Hello!
As you guys know, I'm really in the 4th of July spirit and I'm feeling really inspired so coming at you today is another Independence Day themed cutie: 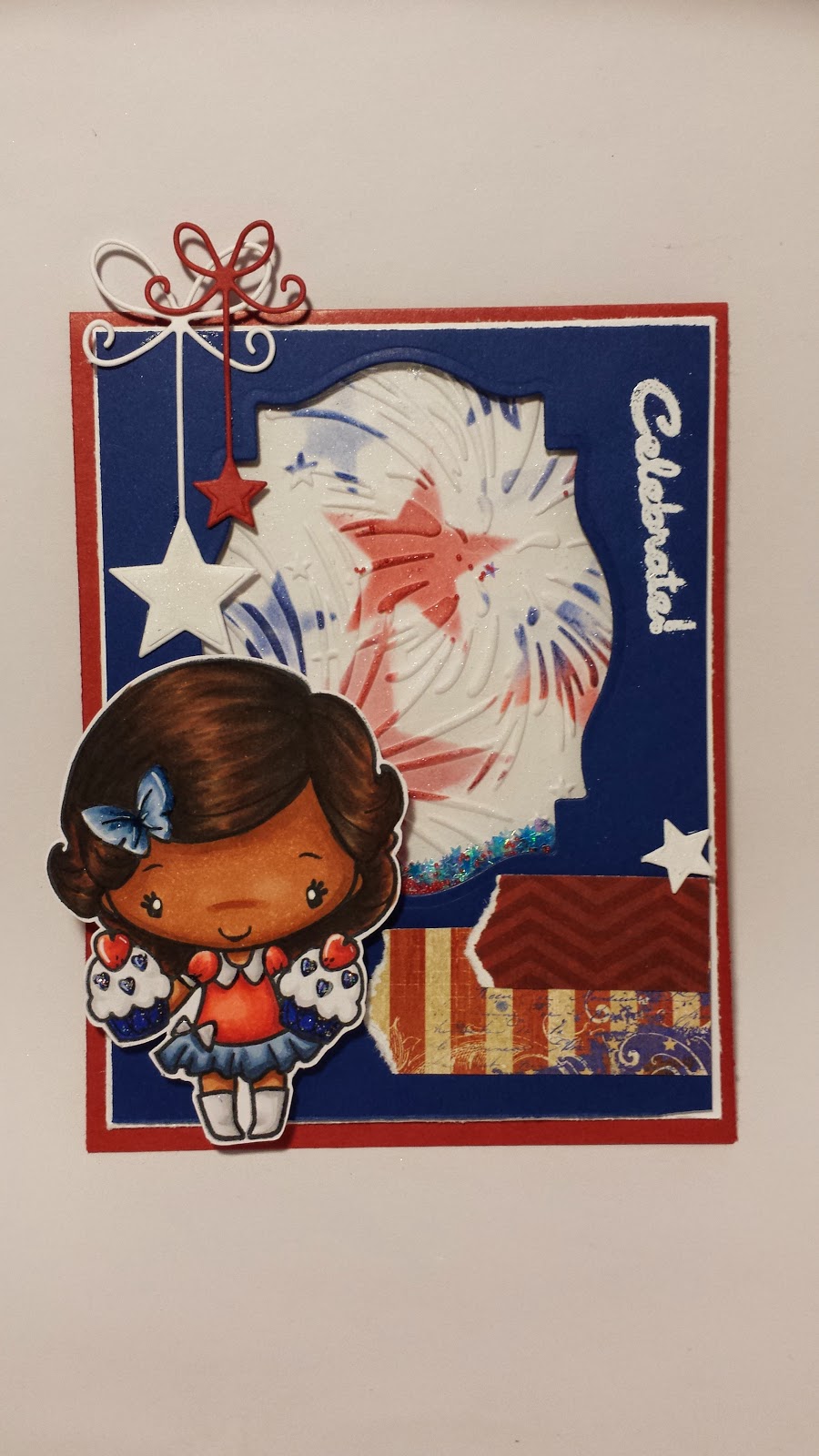 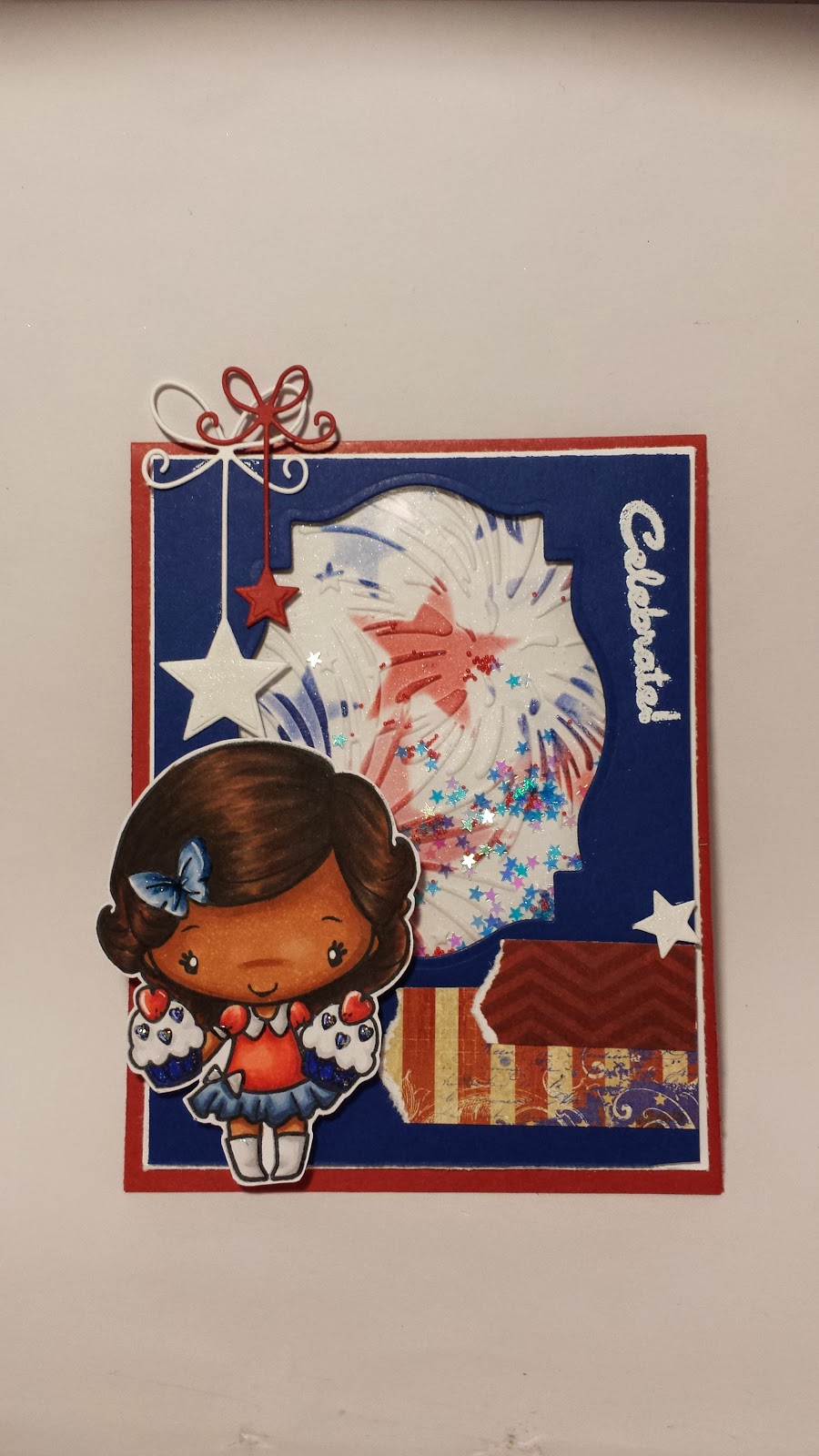 
Since I haven't done a shaker card in a while I thought the little stars would be fun along with some micro beads to go along with this adorable star spangled sweetie! Keeping with TGF's FFF theme Make Your Own Background, I embossed a piece of white cardstock with the Darice fireworks embossing folder and used a memory box stencil to ink stars over the raised texture in the paper. I colored up Double Cupcake Anya with my copics also using a wink of stella brush pen to add some shimmer. The stars are a die called precious stars by memory box and the DP is Bo Bunny Anthem. I also played along in the Retro Sketches Challenge this week. Any new Independence Day projects shakin' for you guys?