Liberty Belle of the Ball

Ok so I know you've seen them by now they're popping up everywhere. They exploded onto the crafting scene and they're taking over! So of course I had to try them for myself. Come on, you know what I'm talking about guys, pop up box cards! Keeping with my Independence Day theme here's my take on and first attempt at these exciting explosions that somehow still fit neatly into a standard A2 card envelope 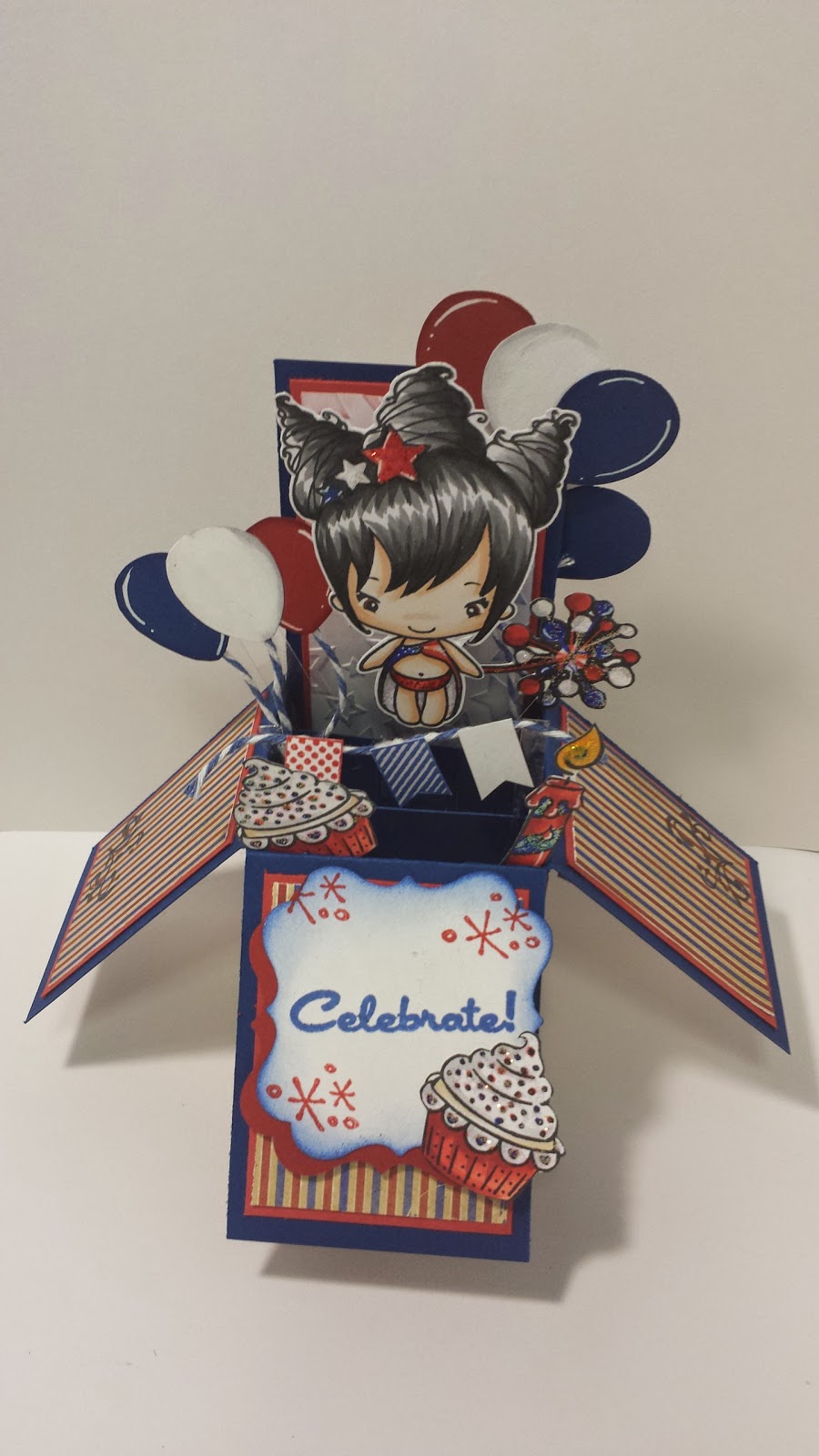 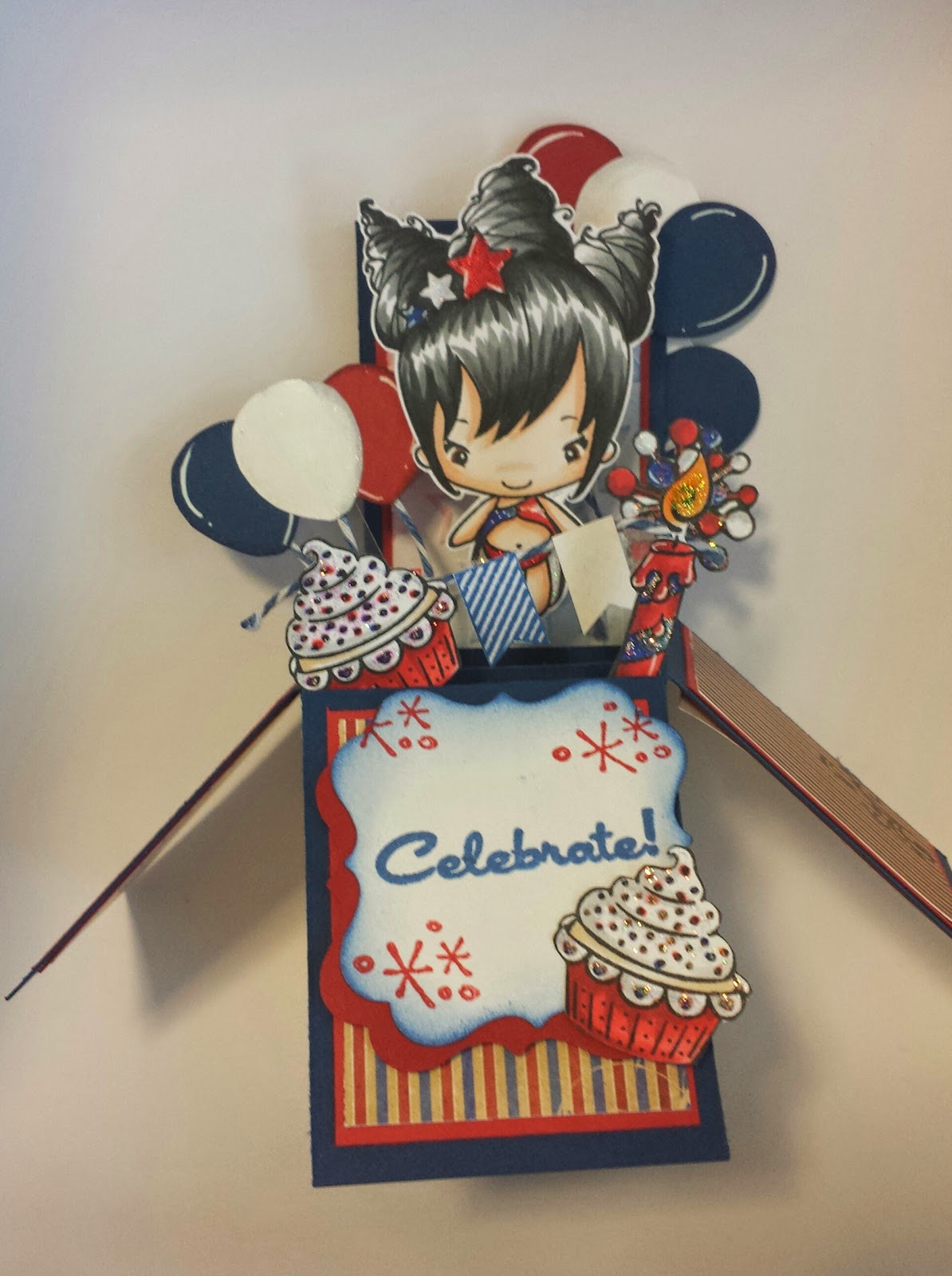 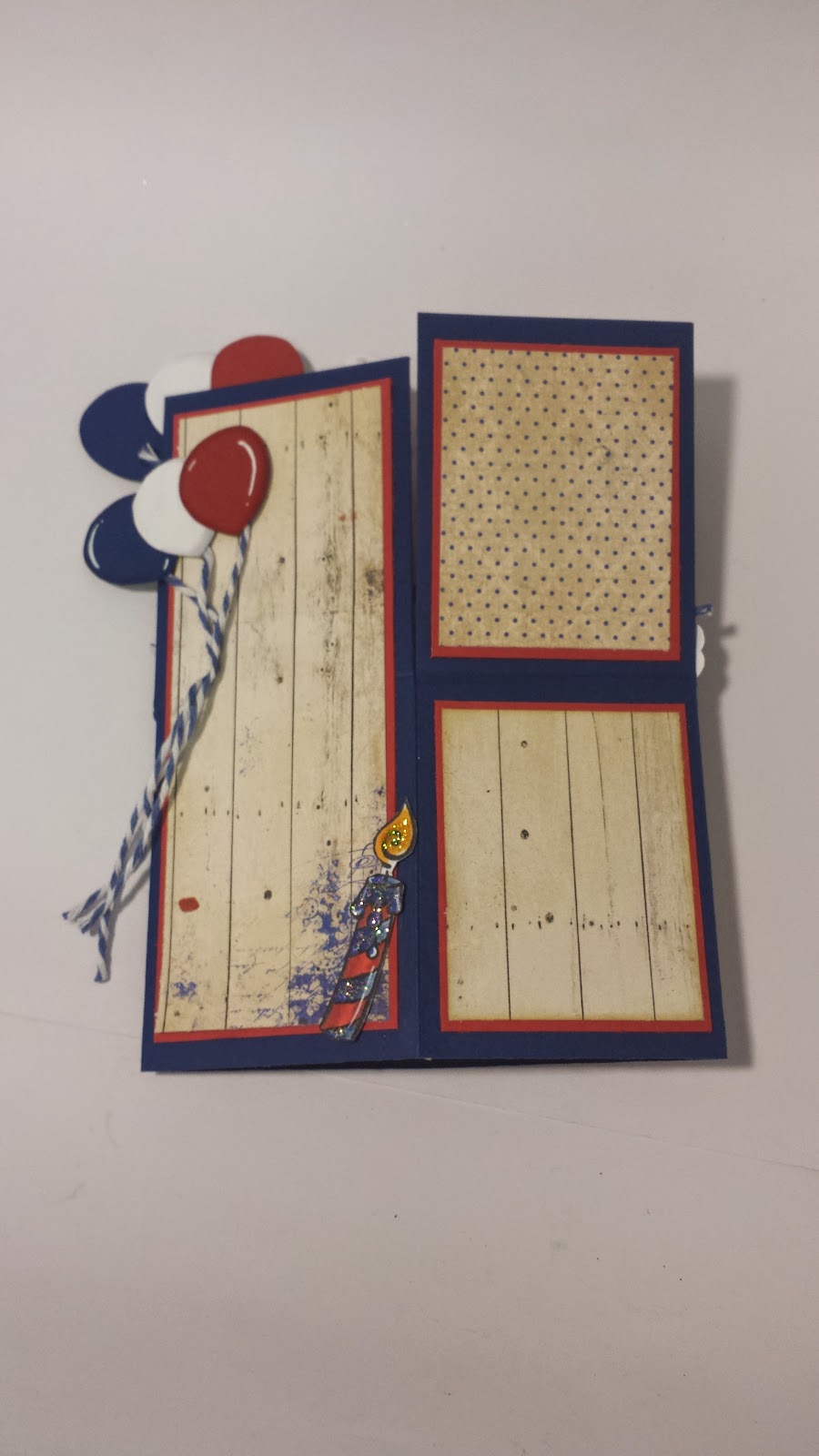 The pint sized patriot I used is called Twinkle Bean and though she was released original as a clear photopolymer, she can be found as part of an adorable set called the Magical Kit available now at The Greeting Farm. I colored her up with copic markers and added some stickles here and there to make her sparkle. The paper in her background is a strip embossed and inked by me for a custom DIY background for this week's FFF Make Your Own Background , wile the other DP is Bo Bunny Anthem. The other elements popping up from the box are from a few random stamps I've had forever, also colored with copics and the little banners are from SOG Celebration Mae I believe, all attached with strips of clear acetate to make them appear to be floating. Seriously I don't know who came up with this card fold but they are pure genius! It's a bit time consuming for me with all the measuring but well worth it, the finished product looks amazing, I'm actually working on another today. I found the tutorial on YouTube but I'm sure you could google pop up box cards and find a tutorial that ways as well, go on give it a try!