Ha! You like the title? Gives a little too much away? Kinda vague? Good! At least I know it caught your attention even if it wasn't the most clever ^.~  As I mentioned yesterday, TGF's Farm Fresh Challenge this week is Use Pencils to Color, so today I have another cutie from their super secret stamp club collection colored up on kraft for you guys 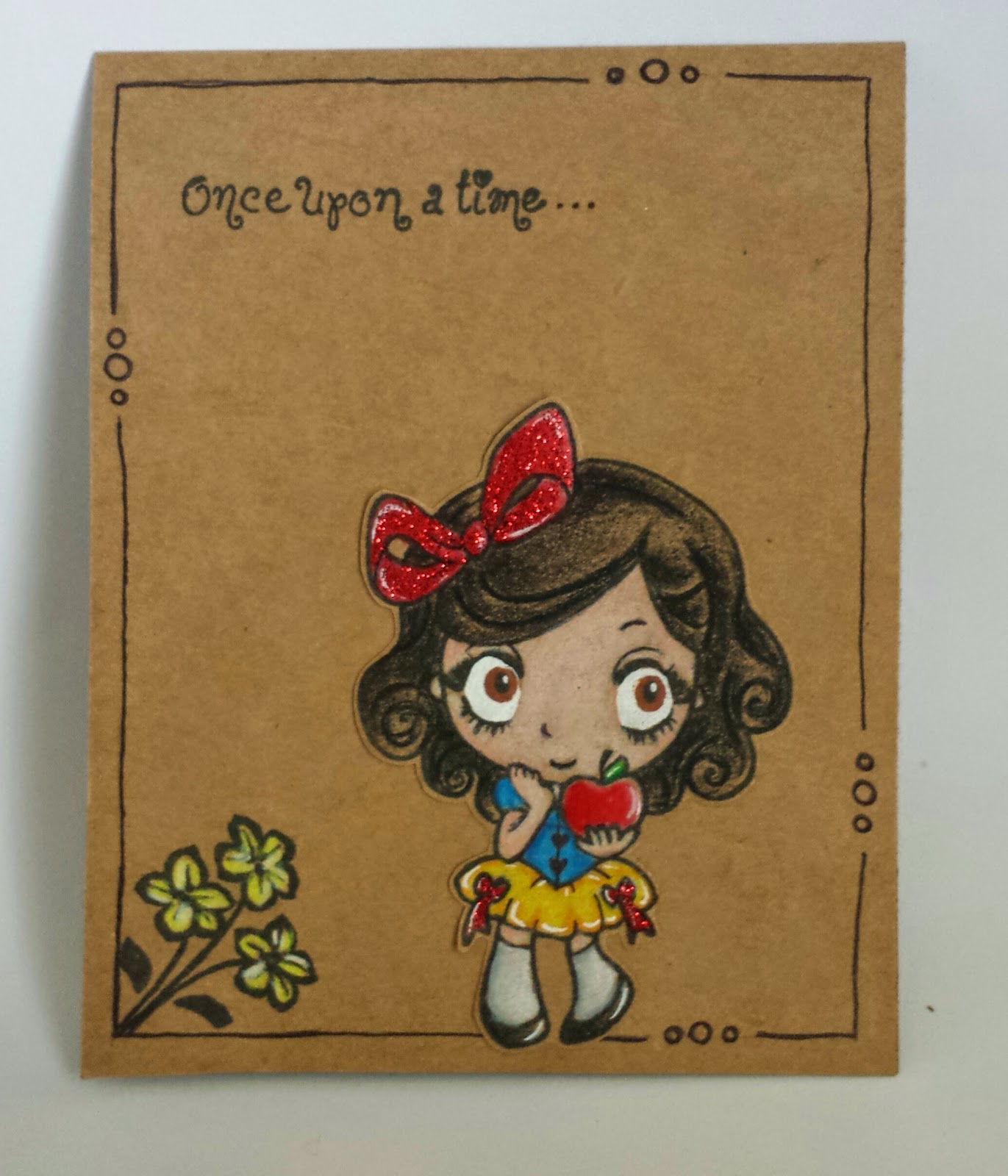 Today's prisma on craft card is another simple and clean layout with a border drawn by yours truly, impressive huh? I kid, in the past I've had a problem doodling on my cards because well to be honest I'm just not that great at it. I'm also not the best at the whole clean and simple card layout so this week has been a major out-of-my-comfort-zone week for me. While I'm at it I'll also admit that prismas are not my favorite medium to work with unless its adding fine detail on images I already colored with copics, there I said it! Whew, do I feel better ^.^  In keeping with the princesses and prismas, I decided to ink up Fairest, who was the first stamp released in the super secret stamp club. I actually did not take part and so I had to buy this exclusive stamp later at the exclusive release price of $12, holy cow right? Problem was, I'm very particular about my stamps and I don't often like surprises on something I already paid for, I like to know what I'm getting before I spend money. I thought I was a smart cookie till I saw the cuties being released and fell in love! I ended up buying 3 of them anyway, several months later and at a much higher cost. Better believe I signed up this time around! Now I can't wait to get my first SSSC stamp from this subscription, I'm so excited and since I already paid for them, I don't have to worry about not having the money to spare to buy them later! What have you stepped out of your comfort zone for lately?
Posted by A Little Bit of Lovely at 12:57 PM